This was my very first time taking part in Churp2 event
although i was a churper for  more than half year
thanks Chency for giving me this opportunity :D

So, before i get to start the post,
what's churpchurp?
Actually it's a community for Social Media Influencers across Malaysia, Singapore, Philippines, Australia & China! Churp Churp users.
By discovering and sharing ,you'll get rewarded!
Earning money has never been easier!
Now you can earn rewards by sharing through Facebook & Twitter with ChurpChurp! 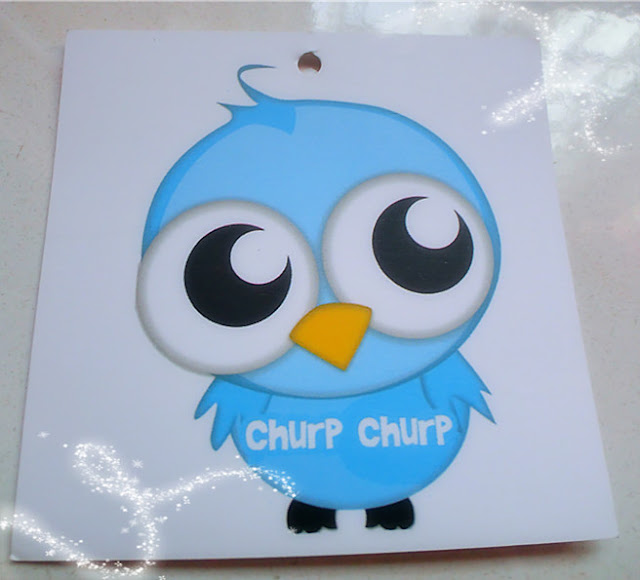 Now,
let's back to our CNY Churpout!
This was the first CNY Churpout event since Churp2 has launched for years. 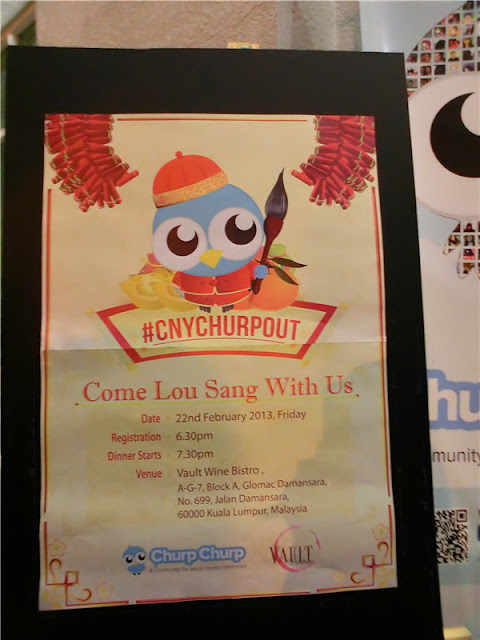 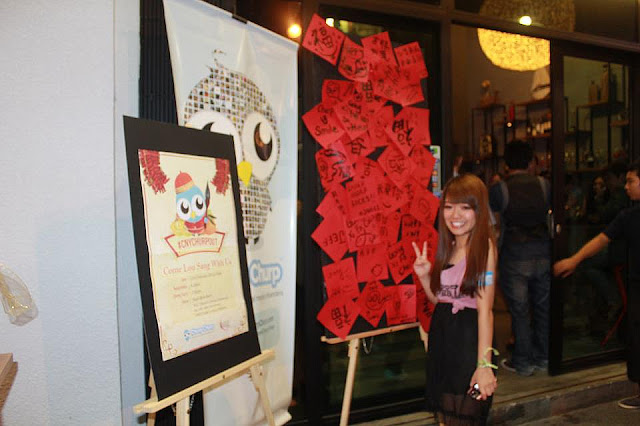 This was my Outfit of the day 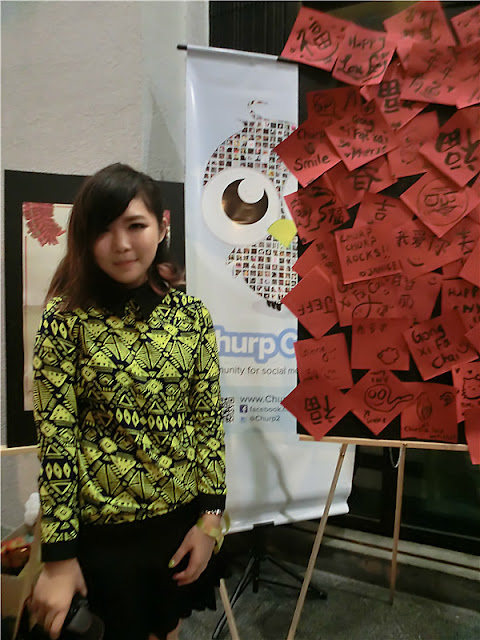 and this was my partner of the day, Chency 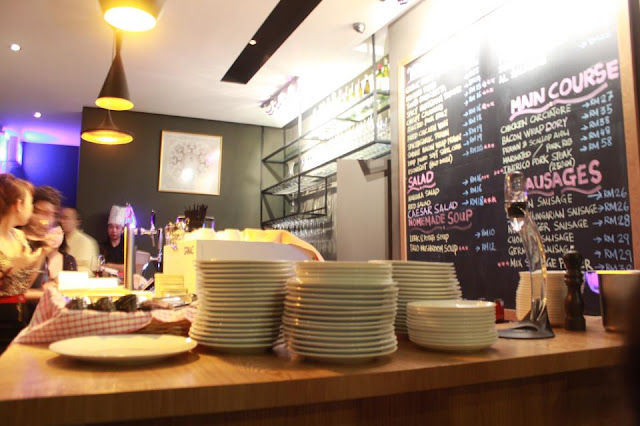 so, we were having this event at Vault Bistro in Glomac Damansara.
Vault Bistro is comfy and large enough for us, all the churpers. 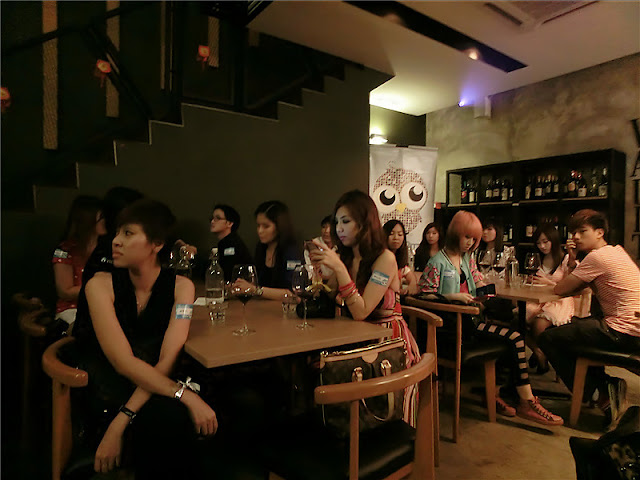 All the churpers gathered around. 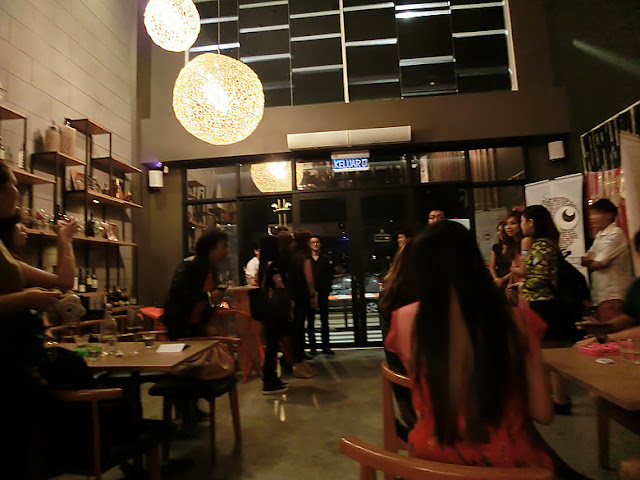 The event started off with ice breakers.
Thomas was fooling around and made us burst with laughs xp
so funny haha

In between we have a Photo posting competition on Instagram! 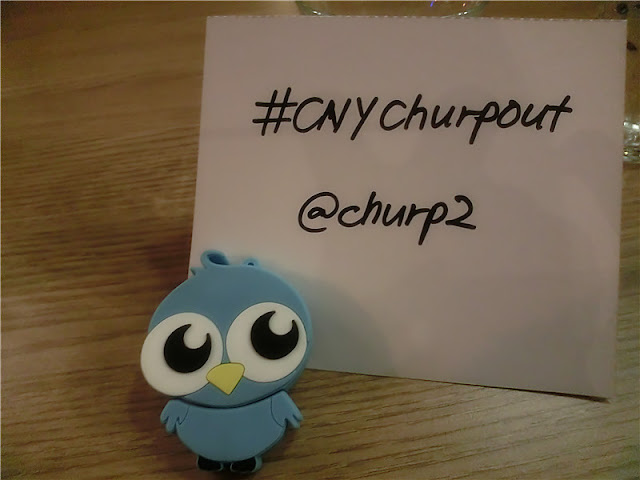 and the most excited part was Lousang!

In chinese,
Lousang or Yu sheng(which mean raw fish in English) is considered a symbol of abundance, prosperity and vigor.
It usually consists of strips of raw fish (most commonly salmon), mixed with shredded vegetables and a variety of sauces and condiments, among other ingredients. 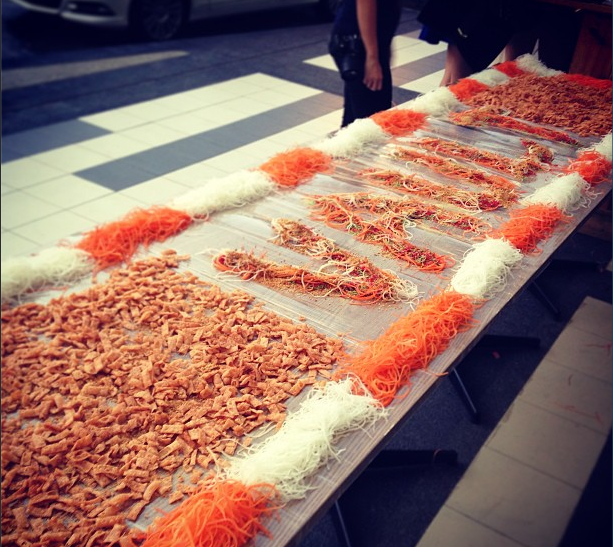 (PC to churp2 +Instagram )
So,this was the Yusheng that Vault prepared for us!
such a huge and long one. =3 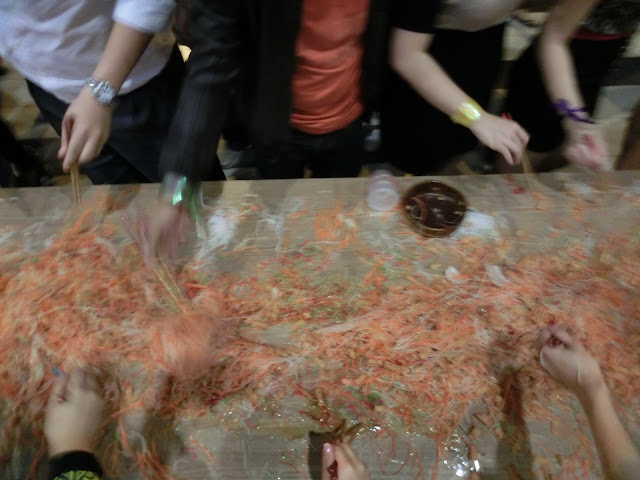 After Lousang, we continued with Limbo Rock!
Followed up with my ugly postures and they won me a churpy! 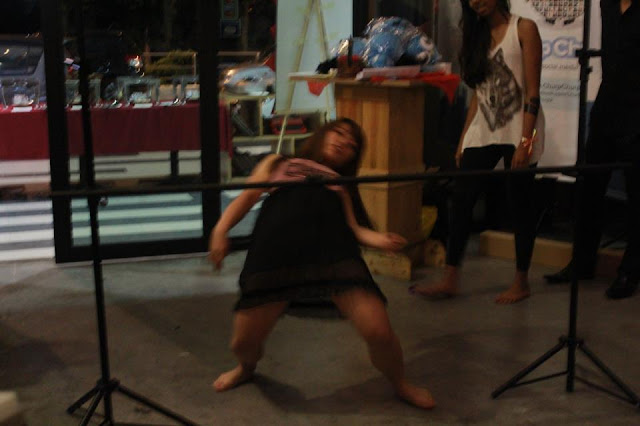 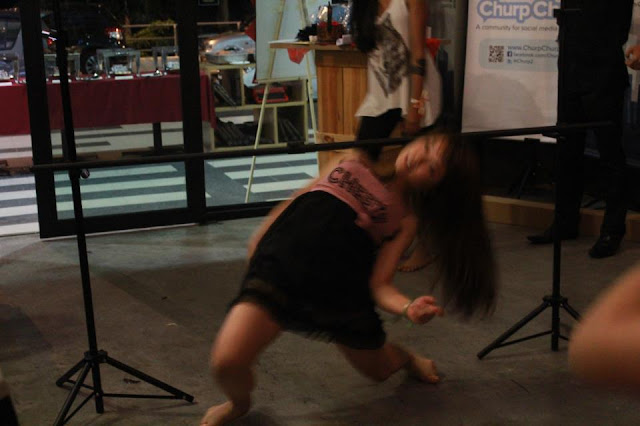 well, this is the advantage for being tiny and short lol
easy job in Limbo rock haha 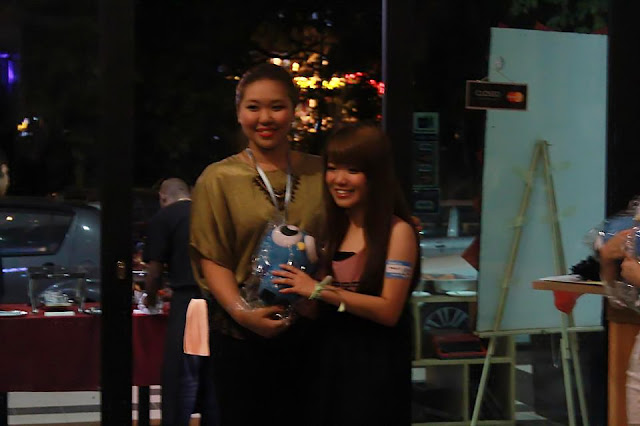 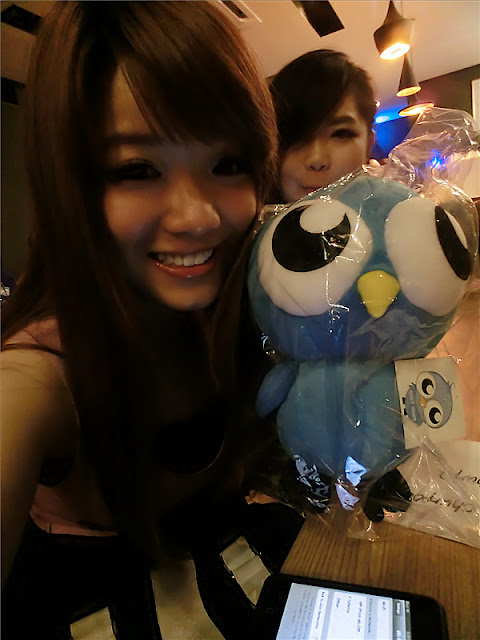 I got my churpy :D


After some exercise, all of us were exhausted in laughing and gaming.
we started to dine! 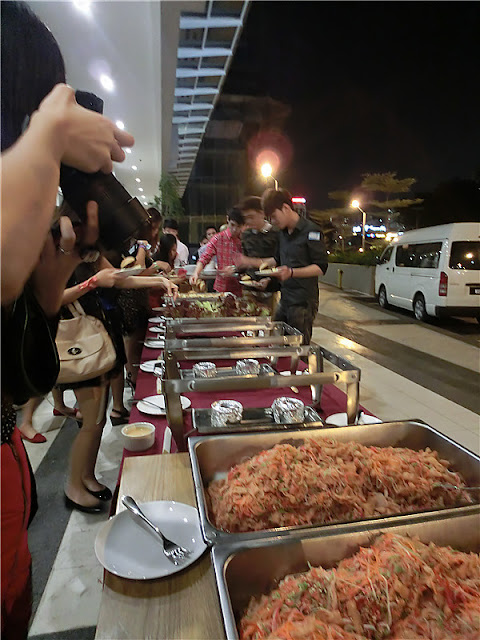 Thanks Vault for preparing such a sumptuous meal
they are all delicious. 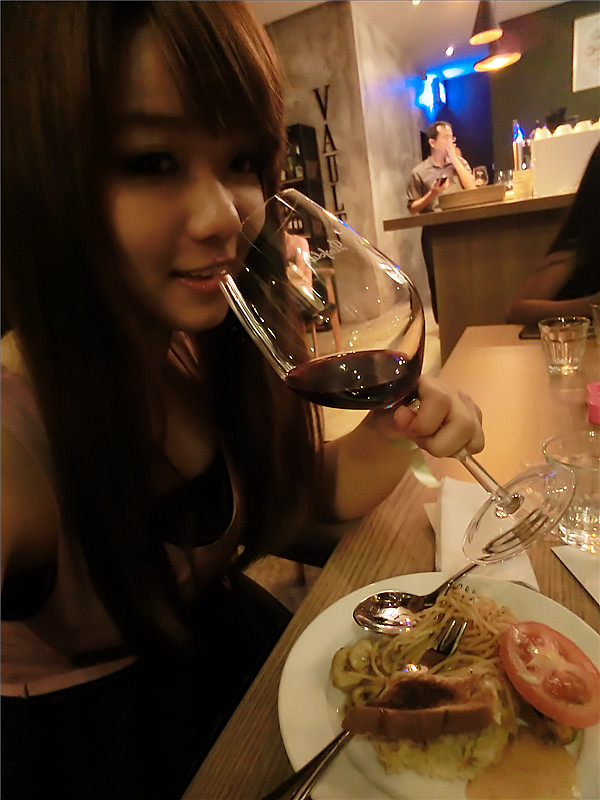 red wine was provided too:D
i was just having a little sip xD 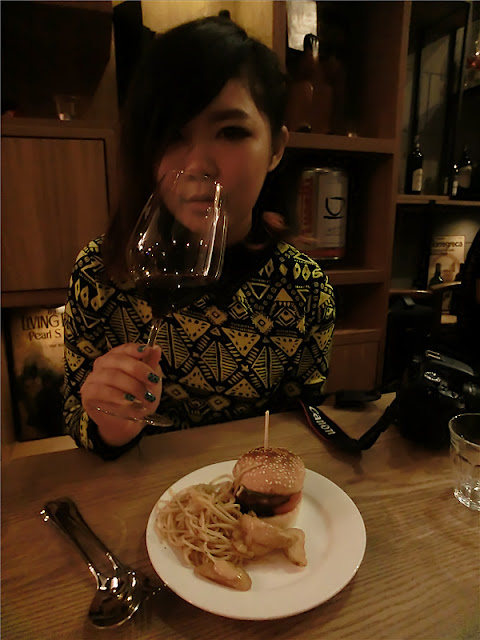 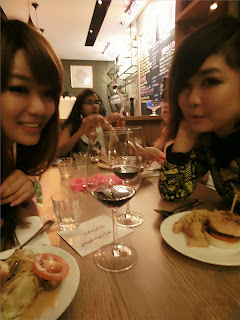 It was an amazing night. 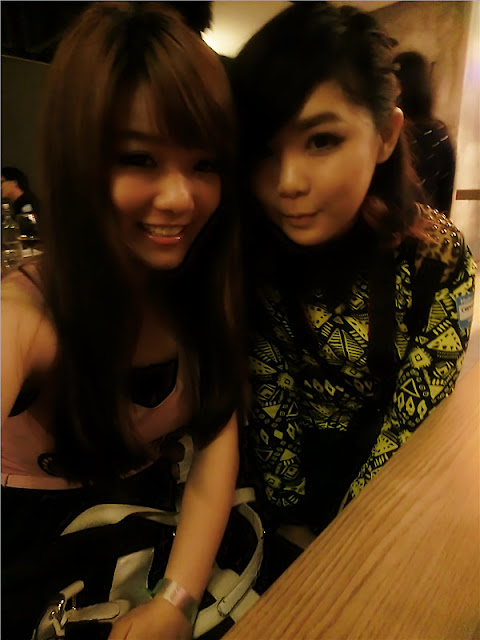 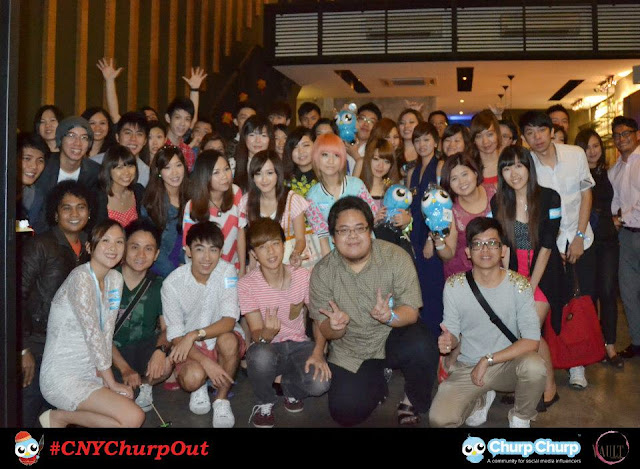 What are you waiting for?
come and join us now !
so you can have fun and earn too :D
Posted by Amelie Yap at 5:56 PM

Email ThisBlogThis!Share to TwitterShare to FacebookShare to Pinterest
Labels: party