Haha! I am still keeping the pew pew scenes in my mind!
I really enjoyed the #ChurpPewPew event held by churp churp few weeks ago. 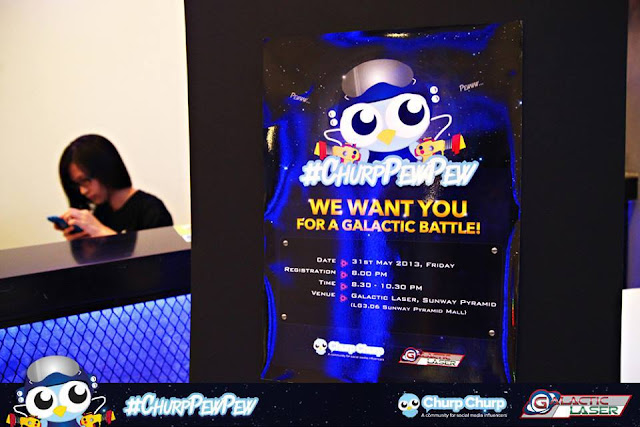 OMG, seriously it's the funniest and most excited event that I've attended so far!
Pew pew-ing with all the bloggers and churpers, so much fun!
And, it's thrilling!!!! 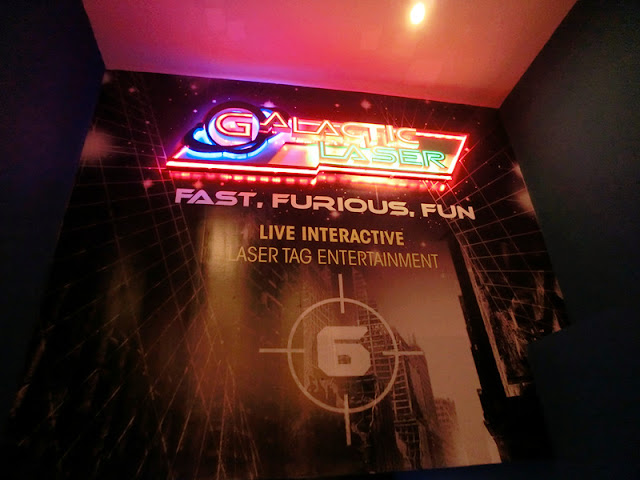 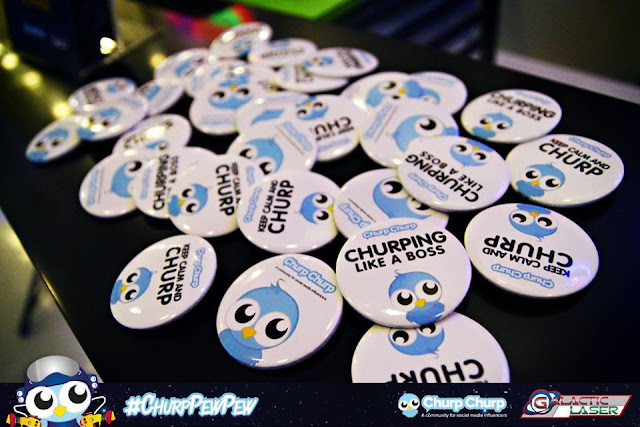 Love them all! So cute, it should be "Pew like a boss" =p 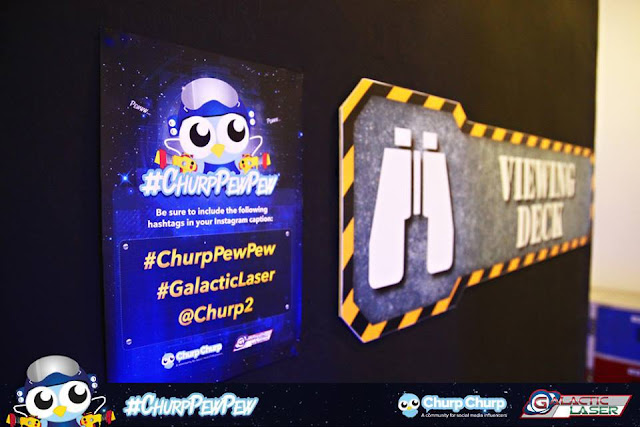 Most of the reason for having so much fun was because I was teamed with the most funny gang ever, Reuben, Dennis and Shawn!
Just in case you have no idea who they are! They always appear on Youtube, videos of Joseph Germani and JinnyboyTV! 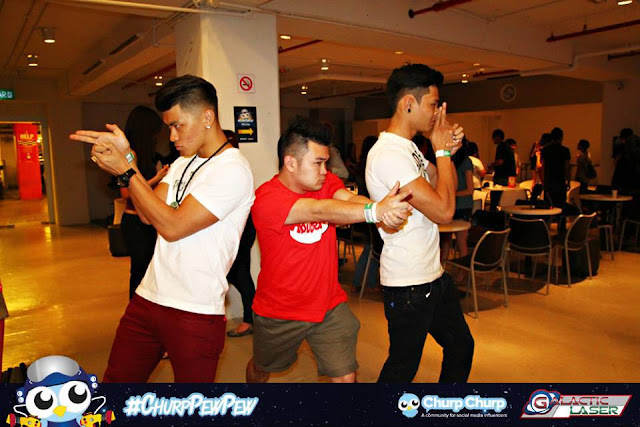 Haha! Check out their funny pose. Like a James Boom .
Can't stop laughing when I saw them because they got really lotsa patterns lor....Feel super happy watching them .

Actually have not much to talk about ChurpPewPew, because the one who've experienced it only know how it feels!
Let the pictures speak again!
Well, partner of the day! As usual, Chency tadaaa~~
Before we got our self dressed up with battle-suit, 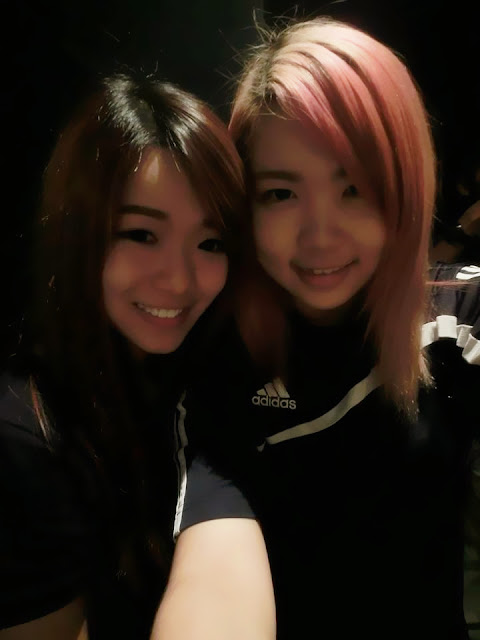 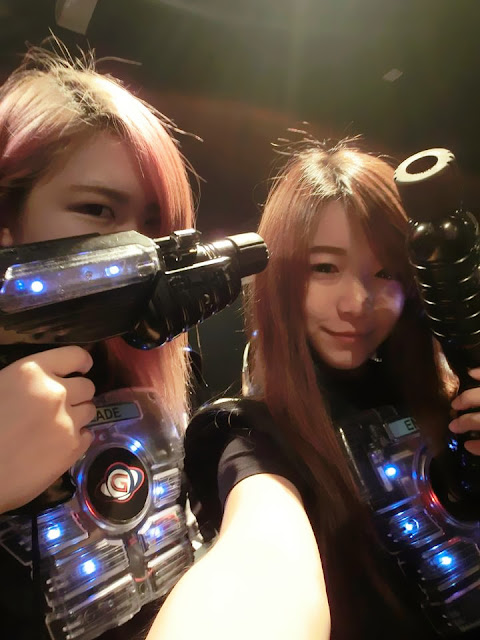 Aha! we both look extreme great!

Okie, have a self portrait, 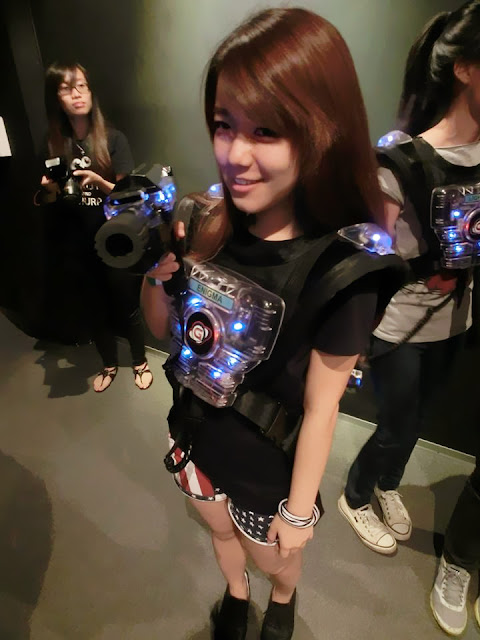 Testing our camera, flash off, 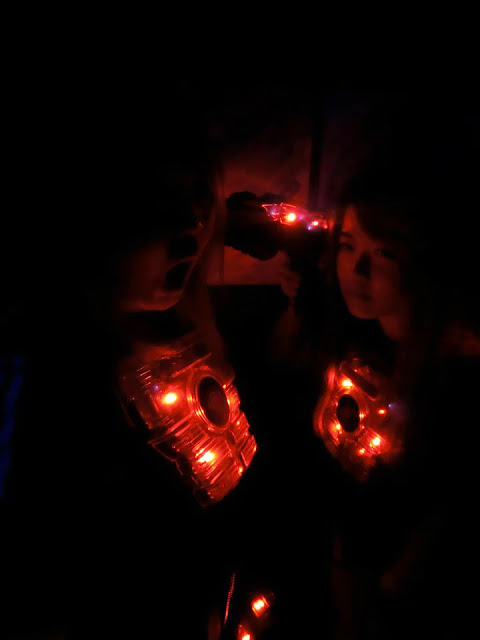 (PC to chency)
Flash on, 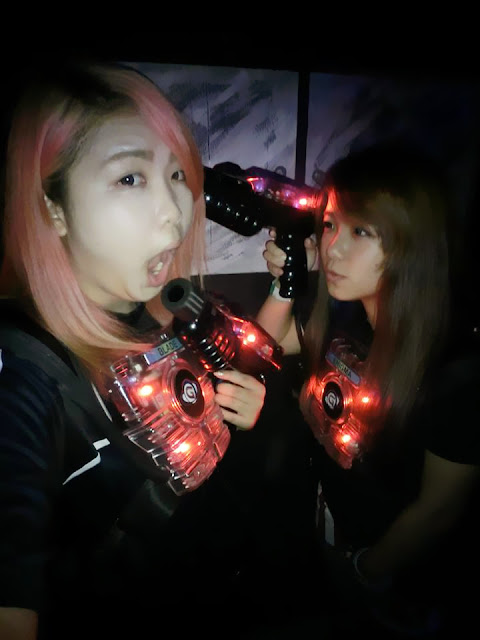 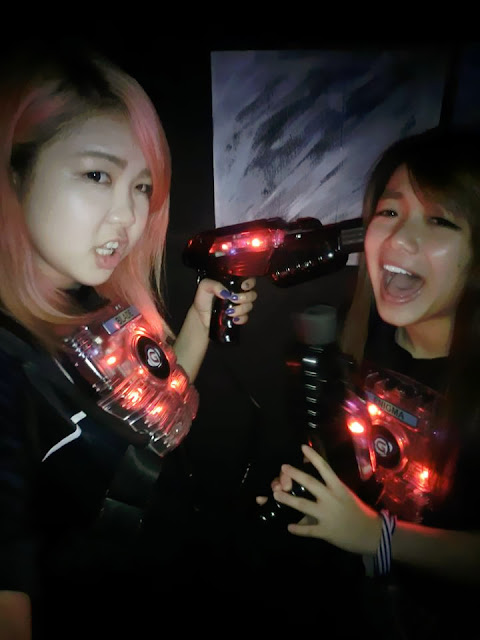 After getting ready with our weapons and battle-suits, 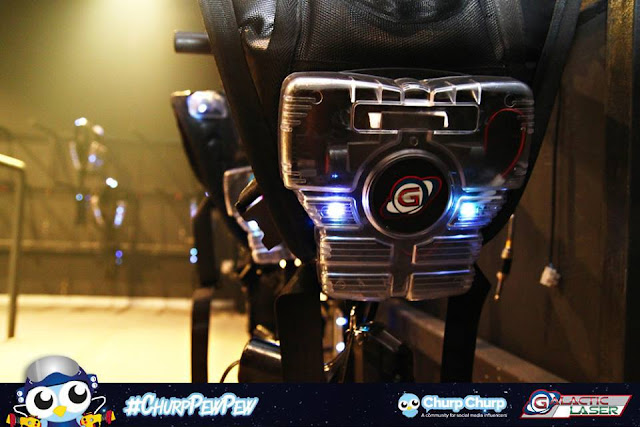 Snapping group photos before leaving to war and scarifying, 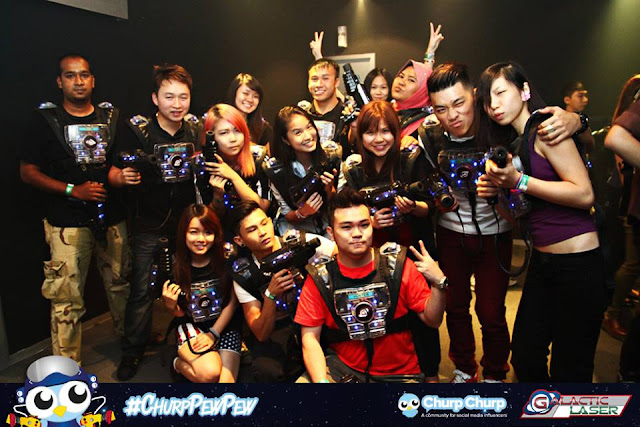 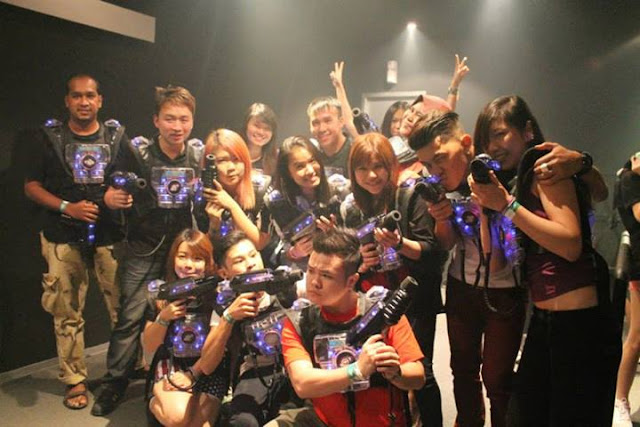 (PC to Galactic Laser)
We braved our self to the war scene, 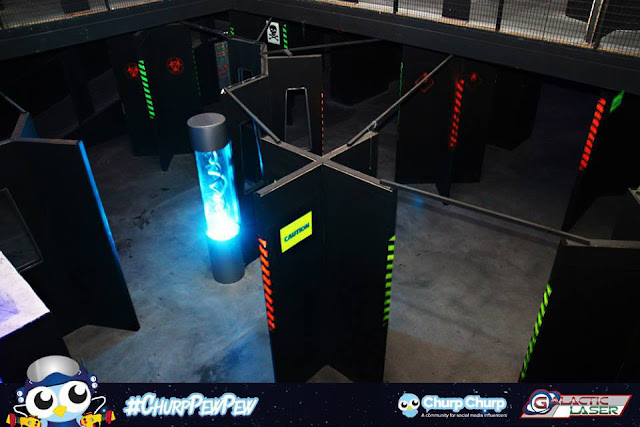 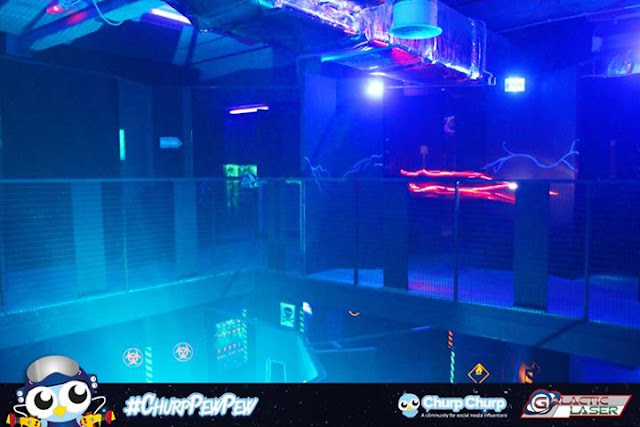 Just to walk away with these... 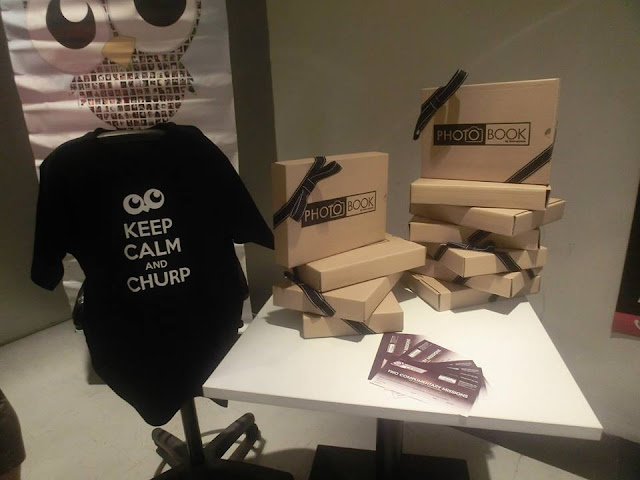 I'm not interested tho xD
Although it's tough.Yet, we were so determined to get into the final round.
We won the second and luckily no one scarified during the war , none of us are added into the pahlawan dead list lol

Purple team was the winner. 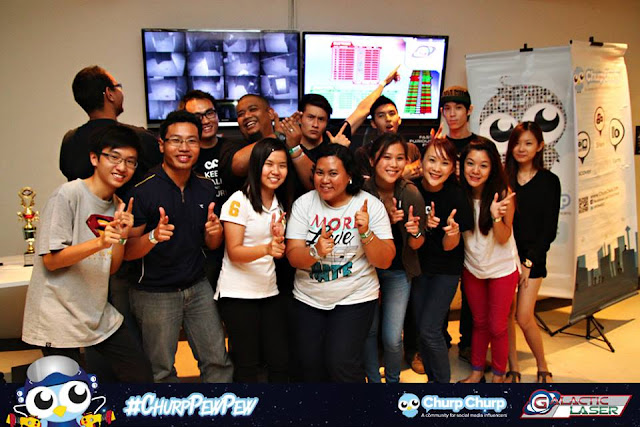 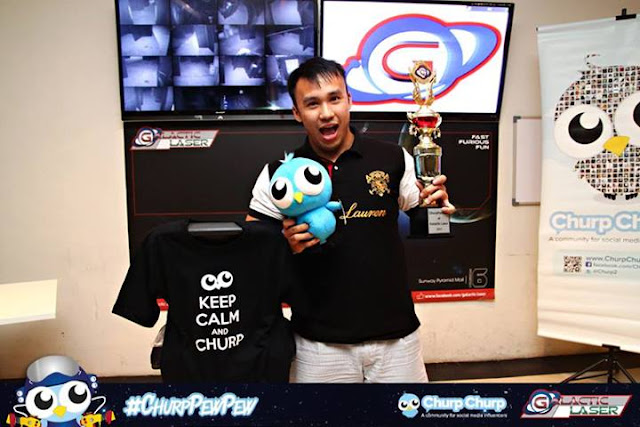 Jeng Jeng ...don't know his name, but he got really high score (Y)

It's a really great experience, maybe you guys can try out at Galactic Laser.
No worry, no pain at all and you can re-alive after every 7 seconds (after being shoot)

Here's some live scene's photos of us xD
I have no idea... why we looked so funny in those pictures LMAO! 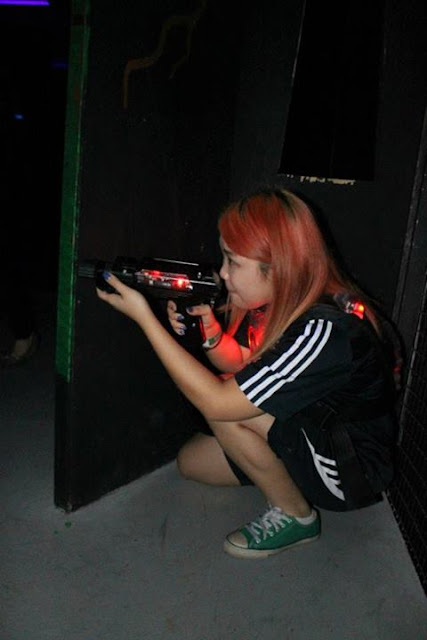 (PC to Galactic Laser)
Chency's serious face..I think she was doing some kind of aiming/shooting 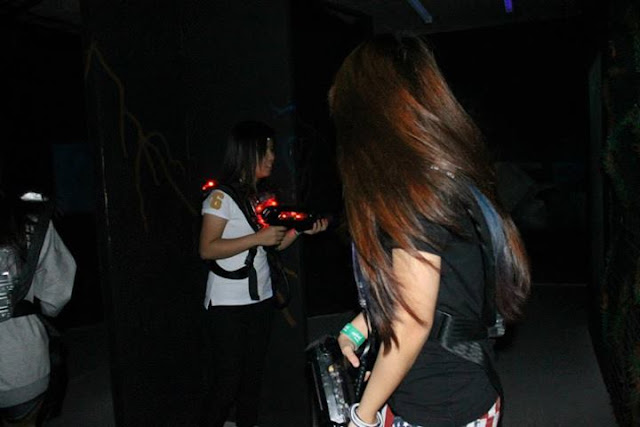 (PC to Galactic Laser)
Ommmyy...I look like a ghost wtf... *the hair swaying one*
I think I was running again la, like a mad woman =.= 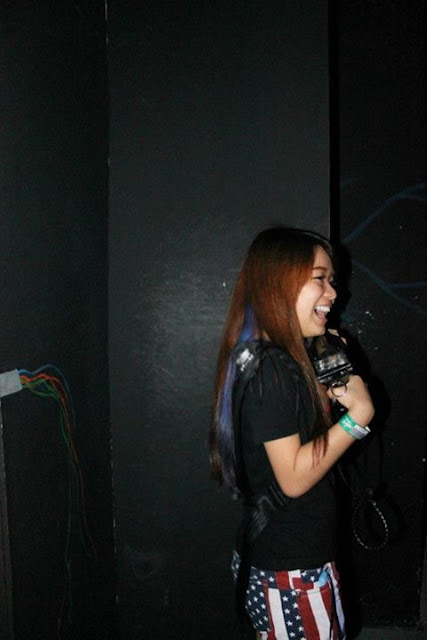 If you're interested,
You can check out their outlets at Mid Valley Megamall, 3rd floor, North Court / Sunway Pyramid.

They open everyday!
10AM to 10PM – Sunday to Thursday
10AM to 12AM – Friday, Saturday and eve of Public Holidays

Galactic Laser awaits you, go check them out!