Actually I got attracted by Yong-hwa earlier through Runningman and knowing the band by one of their famous song, I'm a Loner. It's really nice haha!

So sorry that I am not a K-pop fans either, I don't even understand what they were singing during the concert, yet I was overwhelmingly indulge in the atmosphere of concert as it's fun and high! Thanks alot for the exclusive VVIP ticket from Chency! It's my first Kpop concert ever! 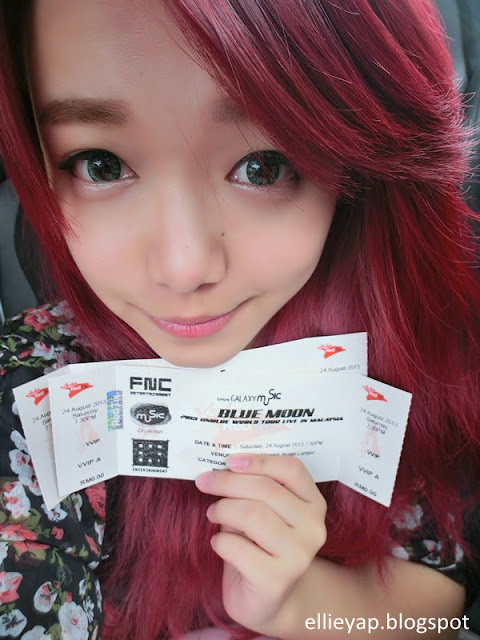 Leehom's Music Man Concert was my first concert. This is the 2nd concert - CN Blue!
Reached Stadium Merdeka earlier to snap pictures with the 4 charming guy! *with the board actually..erhmmm...* 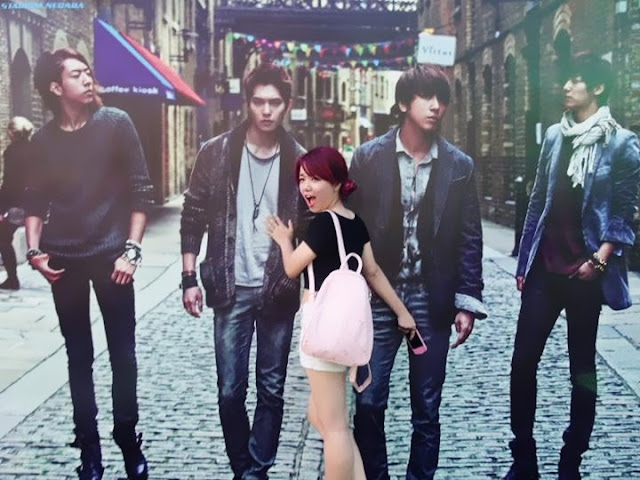 Oops! Sorry, I just realised I did something very pervert. *Placed my hand wrongly* =/ 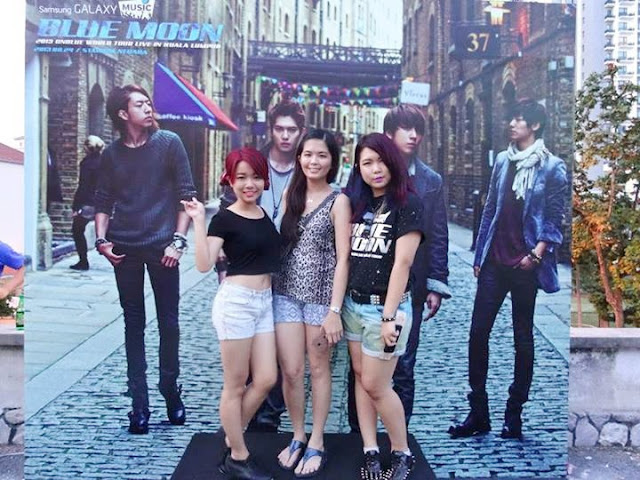 Since it's a Korea Band, we put some effort on our makeup as well. Act like so-called-Korean 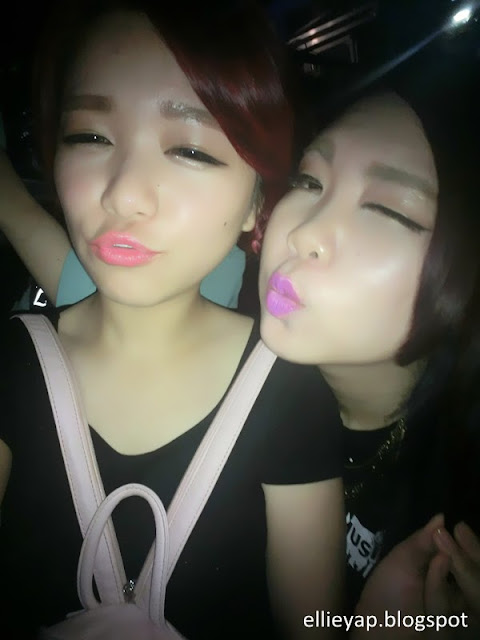 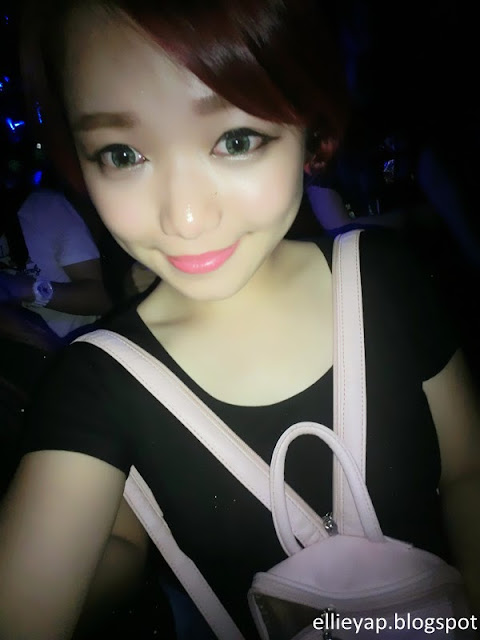 Own selfie! hmm..so sorry for all the concert's photos, they are blurrrrr....So, I stole from Chency, because my camera is good in selfie but the zoom resolution is terrible. :(

I was so surprised by amazing zoom resolution by Chency's Sony DSC-HX50V, 30 clear image wtf! See how it's functioning! It's all image zoom from bottom to stage, not the screen OMG 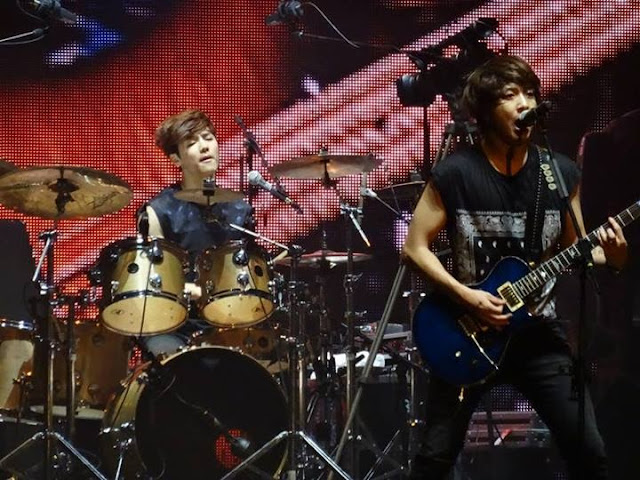 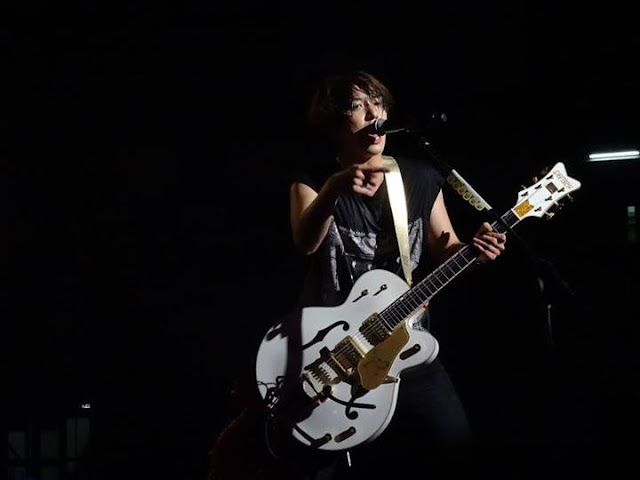 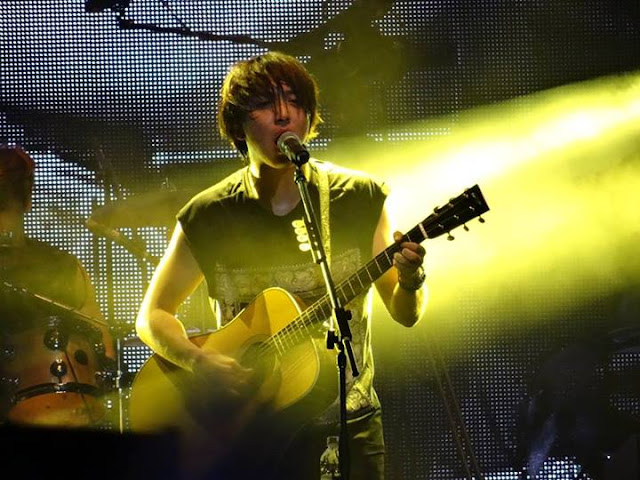 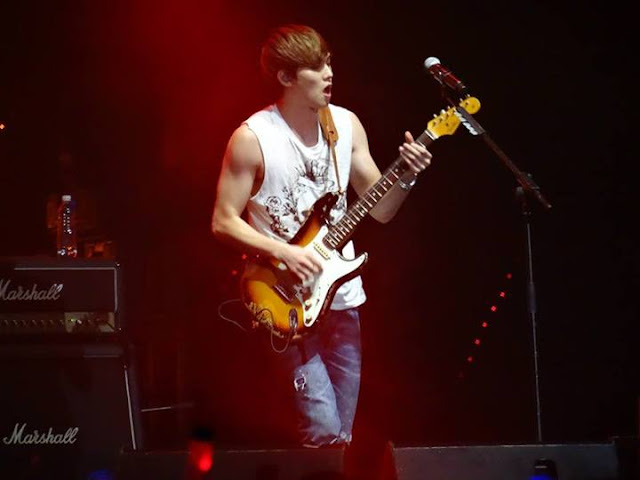 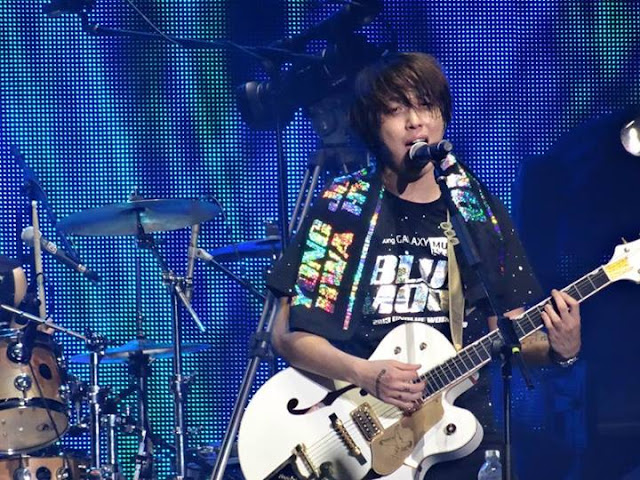 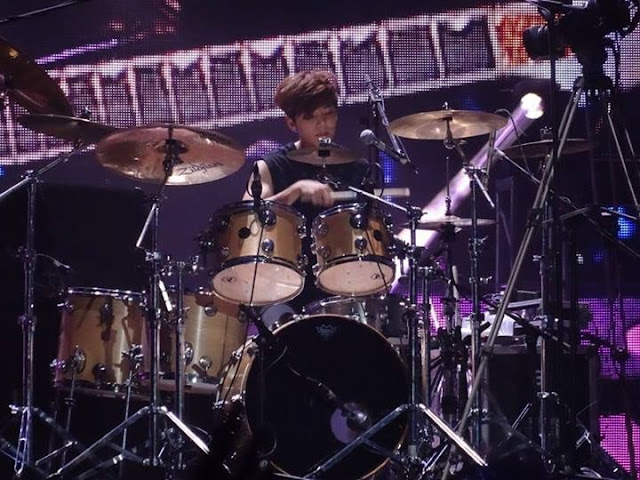 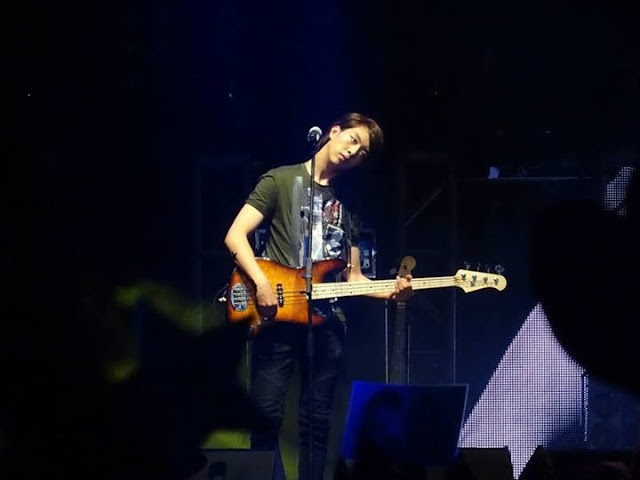 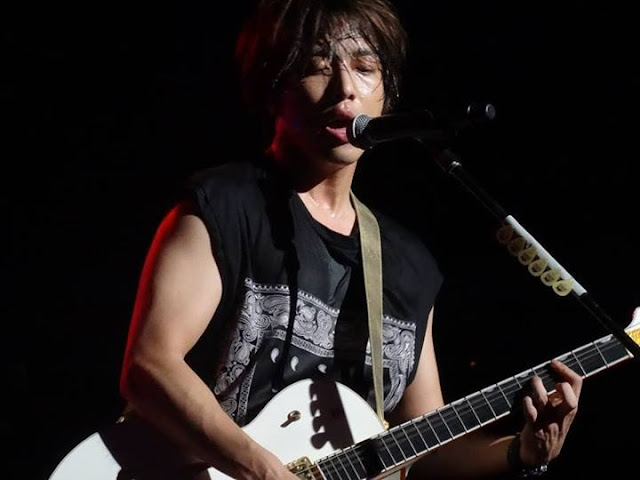 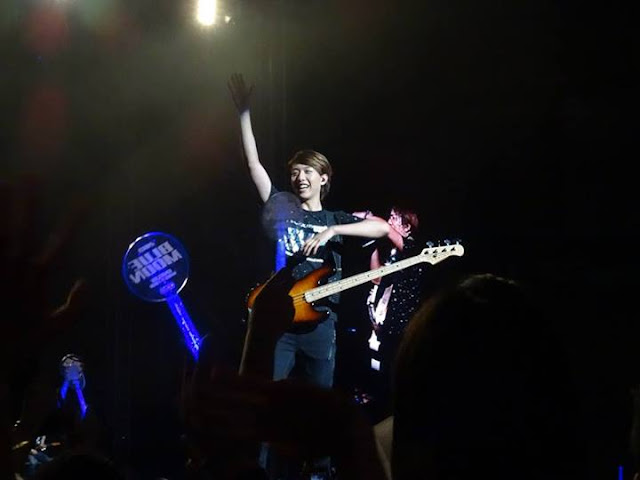 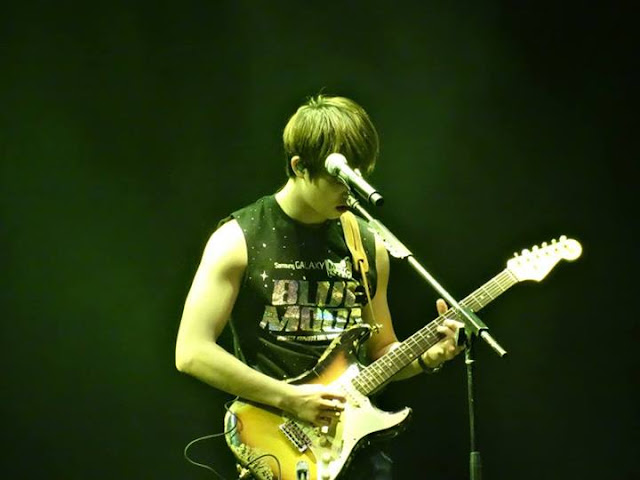 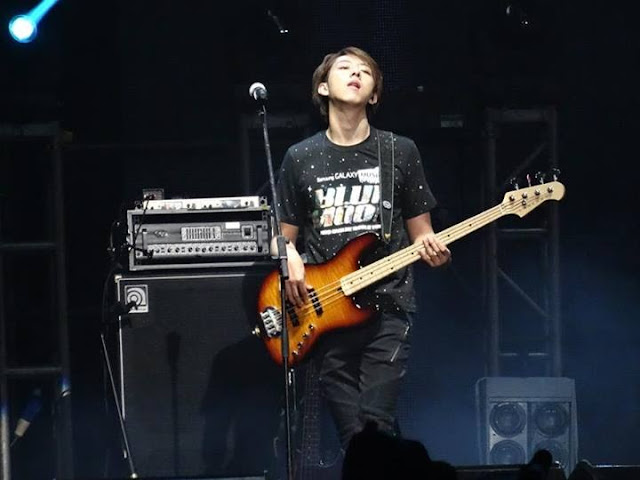 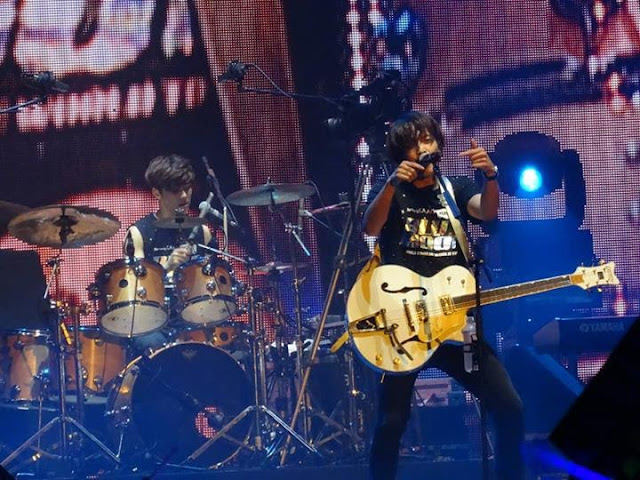 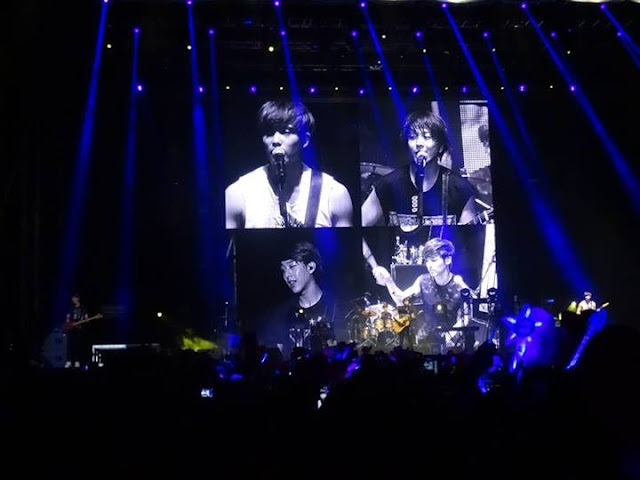 At the end of the concert, they took a selca with us, all of us! I'm too short to be in it haha. 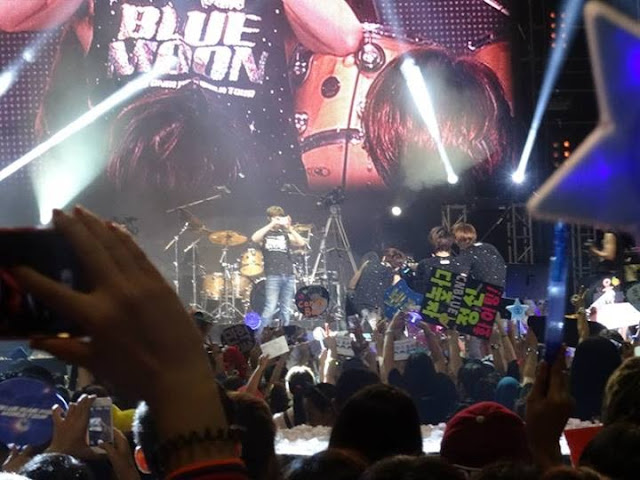 I turned into their tiny fans after the concert OMG, it's really fantastic! But I still like Yong-Hwa the most :3 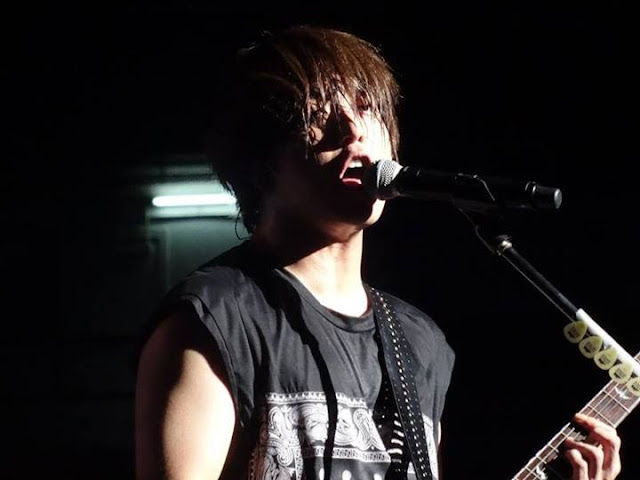 Email ThisBlogThis!Share to TwitterShare to FacebookShare to Pinterest
Labels: concert