Recently, I have received a pack of Eyemazing Amoyamo Lashes. So embarrass that it's my very first time heard of Amoyamo until Chency told me, even tho I'm a makeup artist itself. So fail that I didn't do much research on falsies, the only famous falsies I knew was Dolly Wink LOL . But now I have one more choices, that's Amoyamo! =D 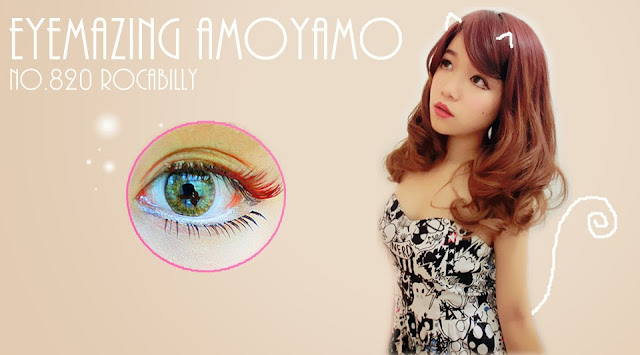 In this post, I have created a Japan Gyaru Look using Eyemazing Amoyamo Lashes, No.820 Rocabilly. 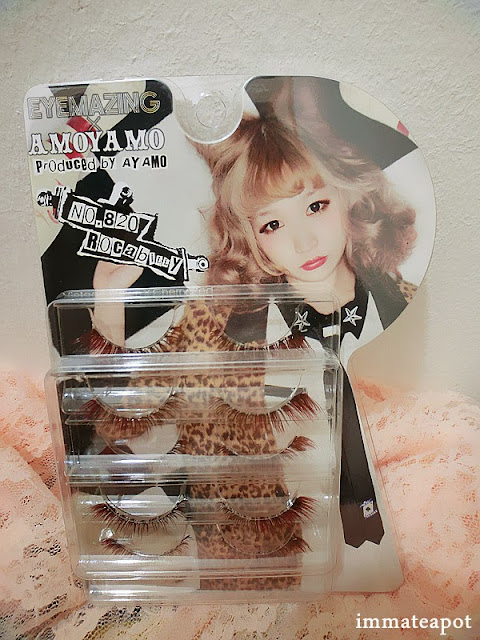 For the packaging of Amoyamo, it is so cute and adorable! OMG irresistible. It's like something that can really attract our attention especially the gorgeous brand ambassador, Ayamo it self. 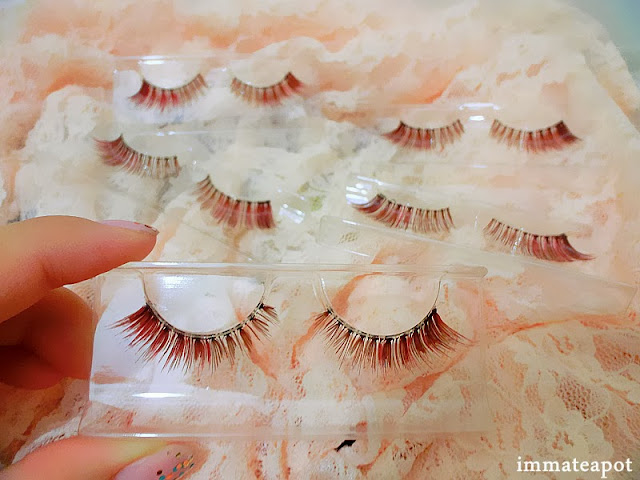 Instead of 3 pairs per pack, they provide 5 pairs of eye lashes per pack! You can see that each pair of lashes comes with a tiny box and well separated in pairs, it isn't like what we saw in the store as they stick all the lashes in just a large box. It's much more convenient for us to carry around and we can keep the lashes well. 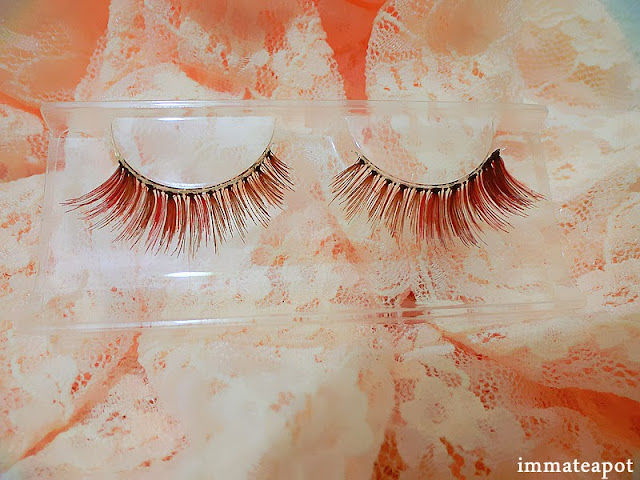 The unique part of Eyemazing Amoyamo falsies was the color. All of them comes in brown, range from light brown to olive brown with mix and combination of other colors.
For Rocabilly, they have both combination colors of vintage brown and cherry red. 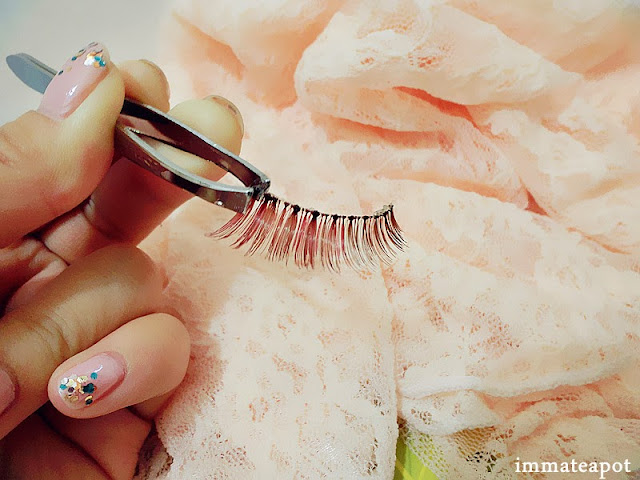 All the lashes was handmade so there may be difference for each pair of lashes. Yet, it's still in good quality. The lid is flexible and soft. 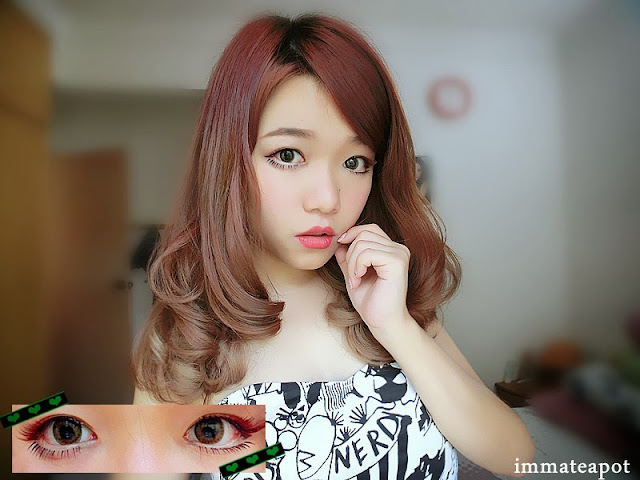 This is how Rocabilly looks on my eyes. You can see that the cherry red at the outer corner accent creates a great impact. The lashes it self looks really natural, like our own lashes, as the lid is invisible and the lashes are brown.