Way to destress: Join The Night of Fright 2 at Sunway Lagoon #NOFSL2

Having a hobby is like, you are completely focus by doing things you like in order to relax your mind and forget all the irksome things.Besides having some hobbies like reading, gardening or shopping to de-stress, there's actually a new hobby that I discovered lately, SHOUTING. Yes, yelling like a psycho in the haunted house.

I am always a horror movie lover and I seldom get frightened from that as I can predict most of the shocking scene. I love to watch horror movie with my friends and my brother as you may just either frightened by them itself instead of the sound effect or any bloody scene. 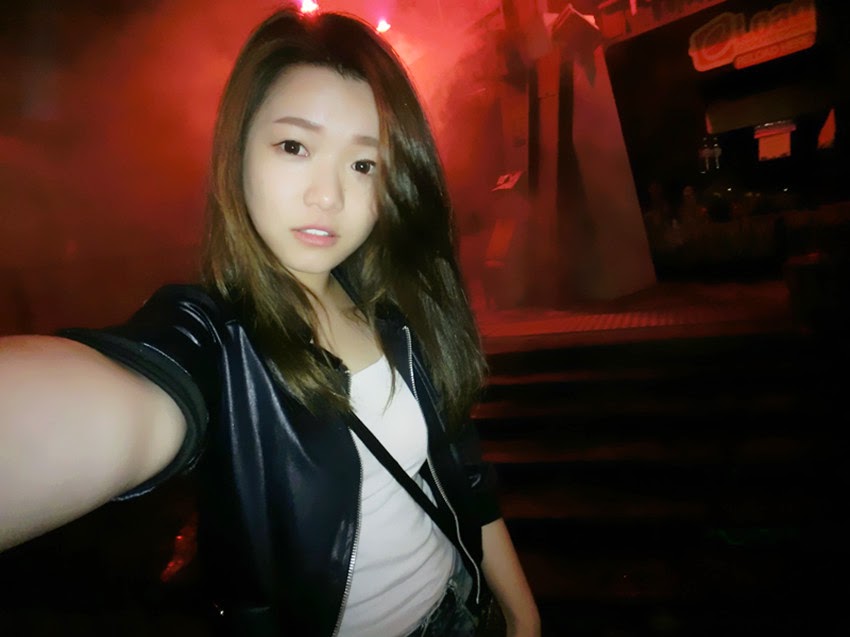 So, I have come across to join 'The Night of Fright 2' held in Sunway Lagoon in conjunction of the Halloween Day! Before that, we have done some research on the #NOFSL itself by watching some videos where few celebrities were invited to join the event. I was totally freak out while watching the video as all the celebrities went in the haunted house alone. I was like WTF, it's bloody scary. 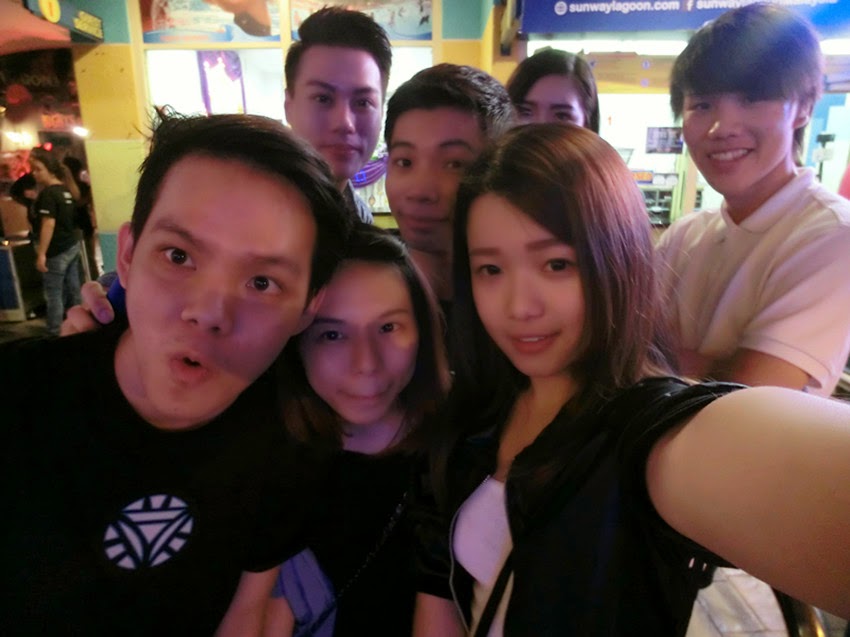 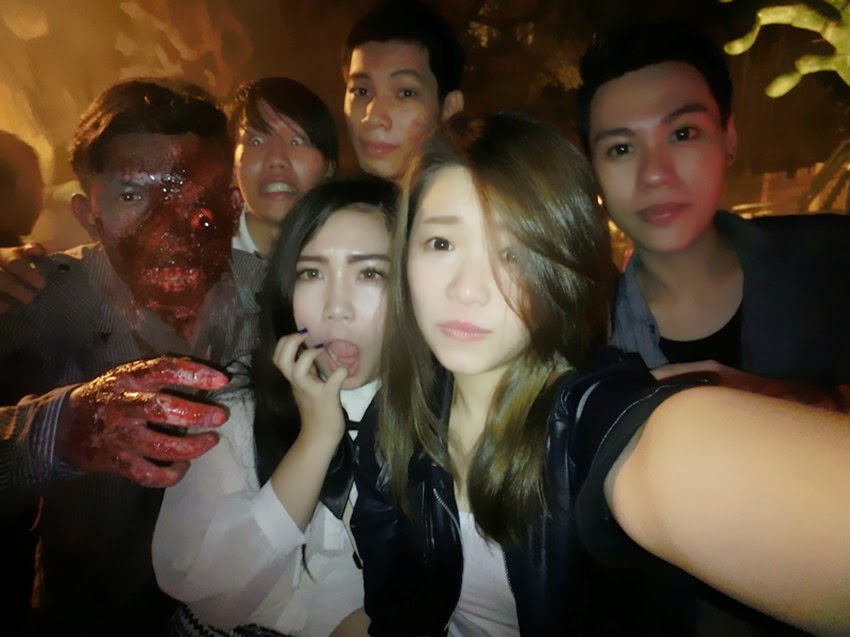 It was absolutely a great night when you spent all these crazy moments with all your friends and you also got to know who's the true friend. A real friend will never leave you behind especially in the haunted house LOL yet all of you face the fear together! 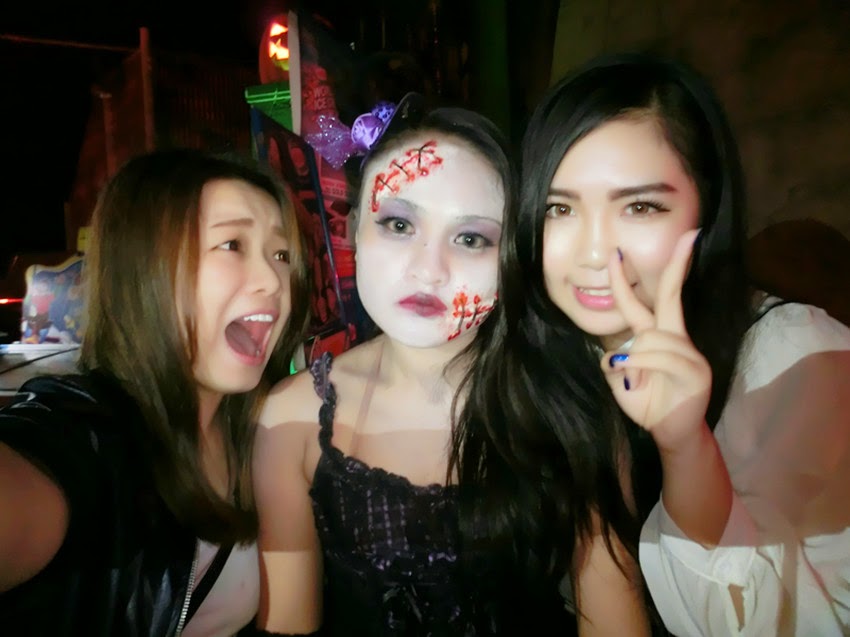 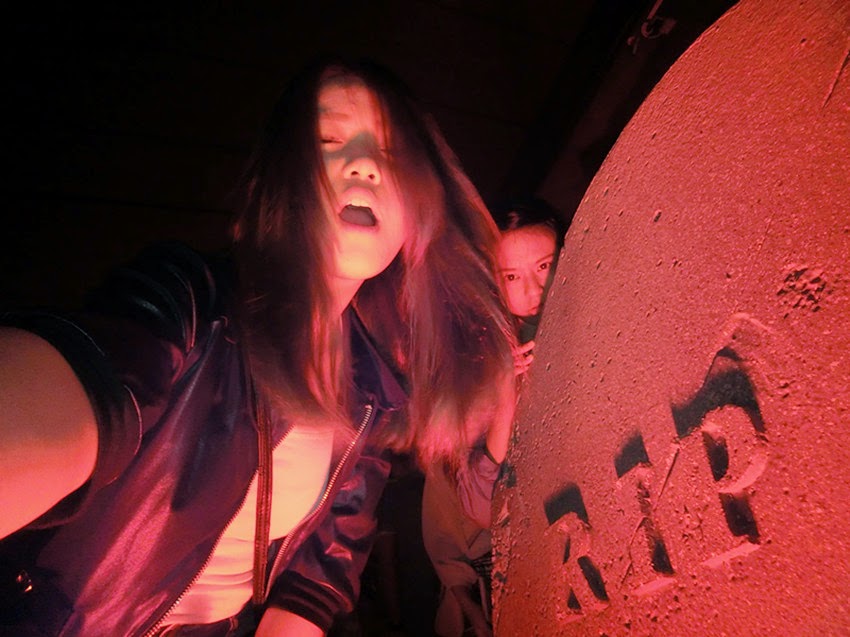 Both of us trying to be ghouly as well. 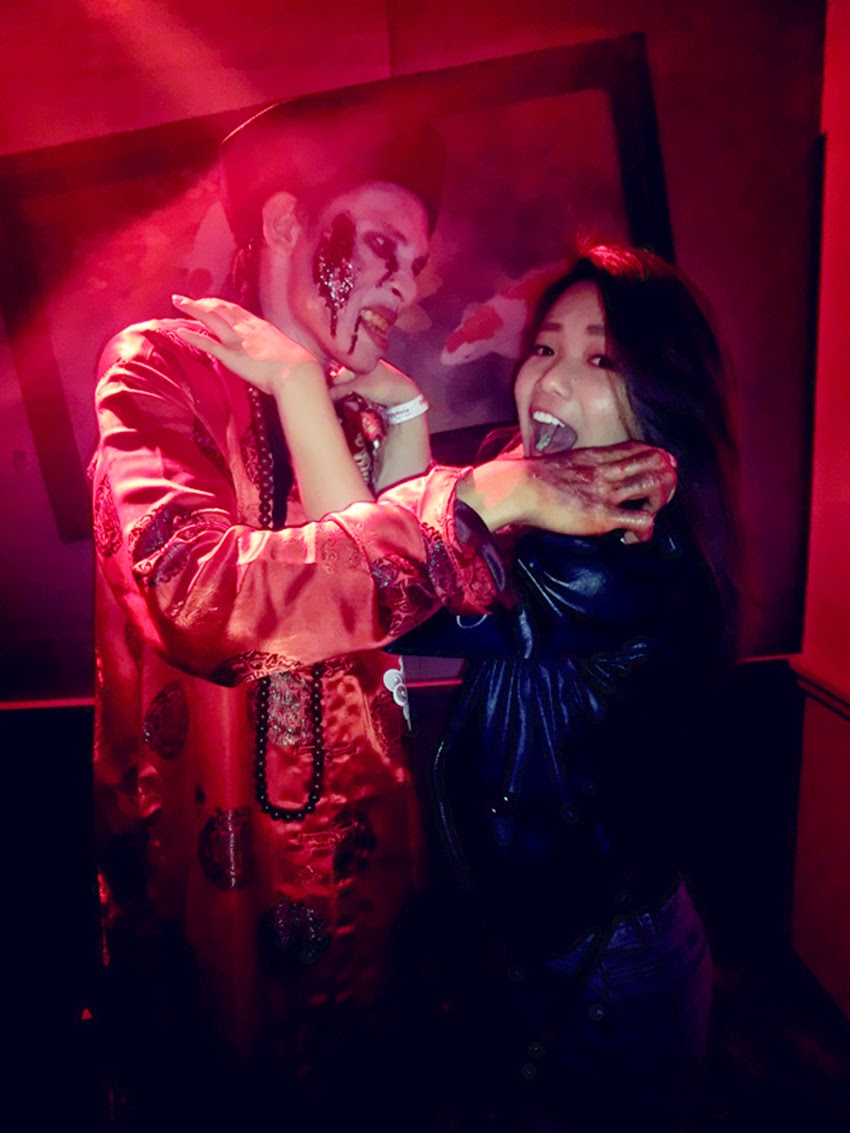 First ever chinese vampire which I came across! I meant I used to watch all the HongKong Vampire kind of movie and I was kinda obsessed that time. I hope I can meet one in real life and I did, right in #NOFSL2! So, I was the third party for this couples as you can that the girl stared at me creepily. 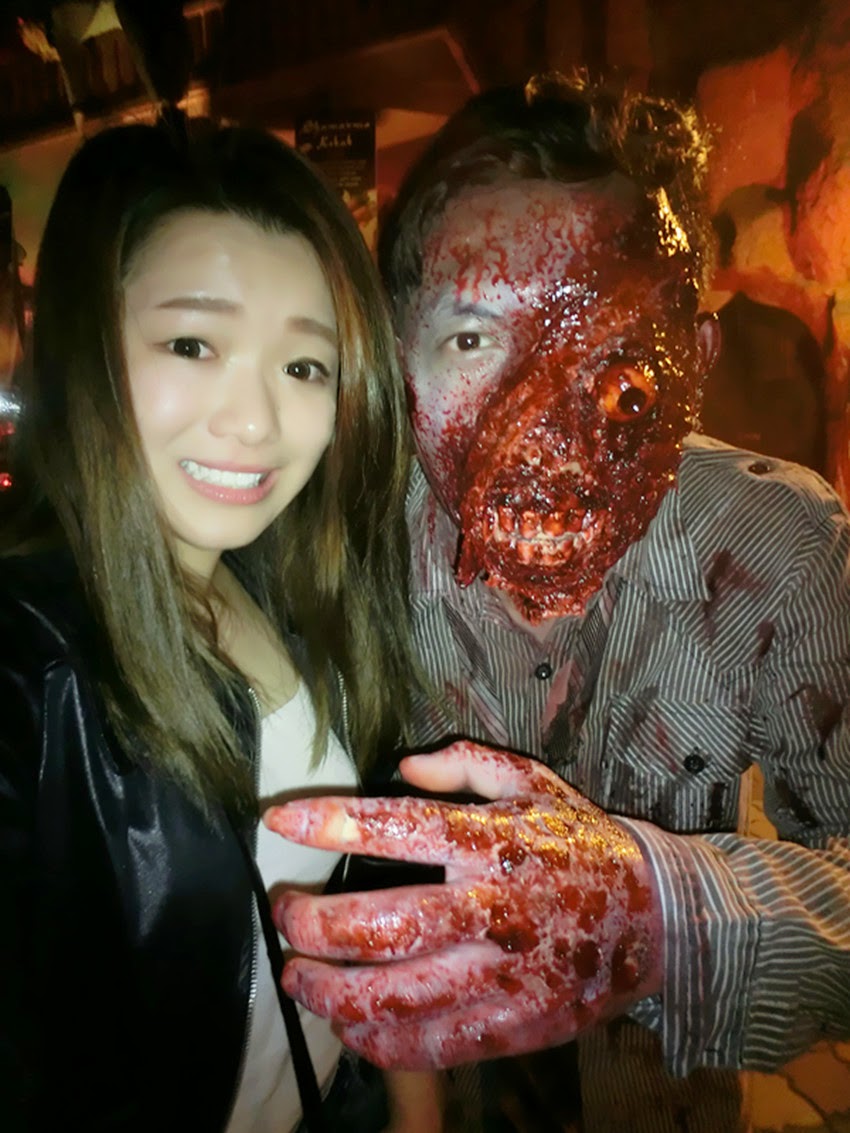 Thumbs up for this make up! I can tell that it's the best among all! I wonder how he removes his make up tho. 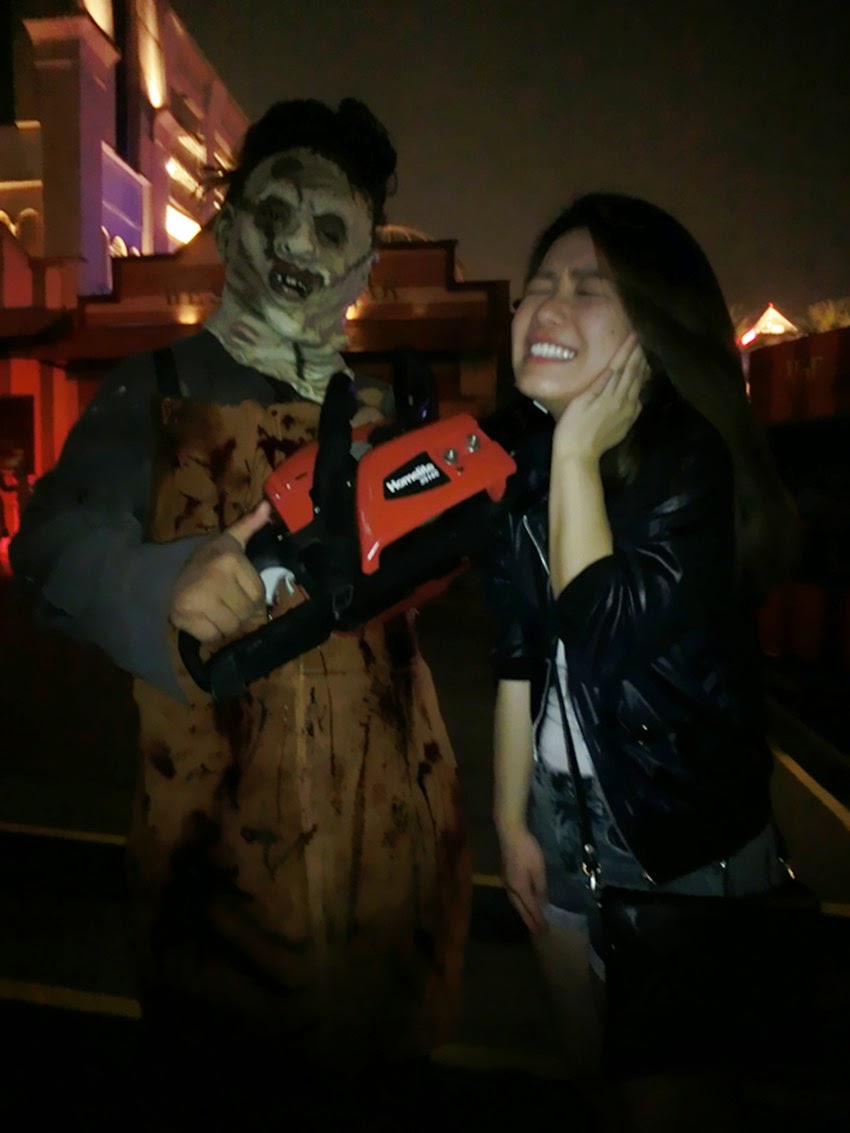 Okayyy la, I asked him to pretend to chop off my head because everyone who took picture with him requested to split his head instead, I pity him a bit la. 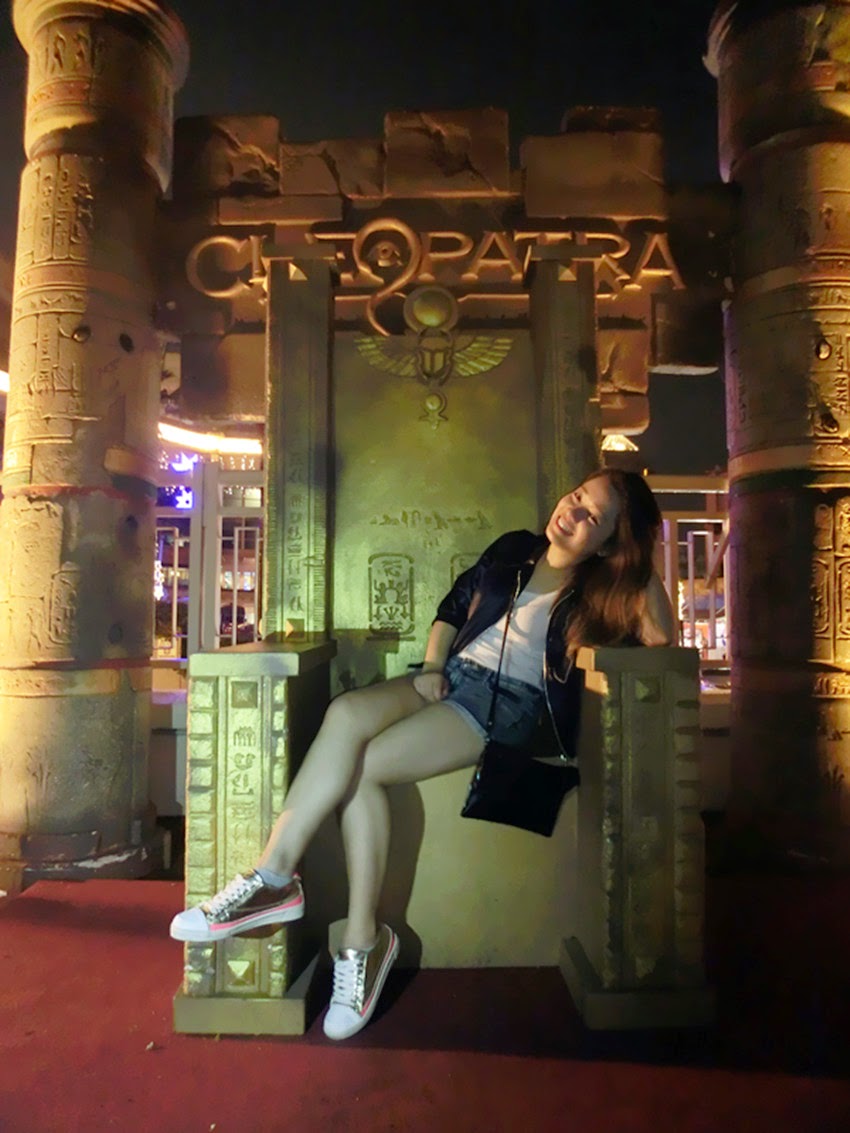 End up this post with my buay paiseh posing on the throne.
It wasn't an advertorial but I just wanna got all these recorded in my blog, so many things happened in between. Beside me calling out like a crazy woman in every haunted house, I experienced to have my first ever friend who was sent to first aid after having his 360 degree ride and a friend's car broke down after that. It was totally an unpredictable night haha!

Last but not least, SHOUT OUT LOUD whenever you're stress!
Posted by Amelie Yap at 9:53 PM